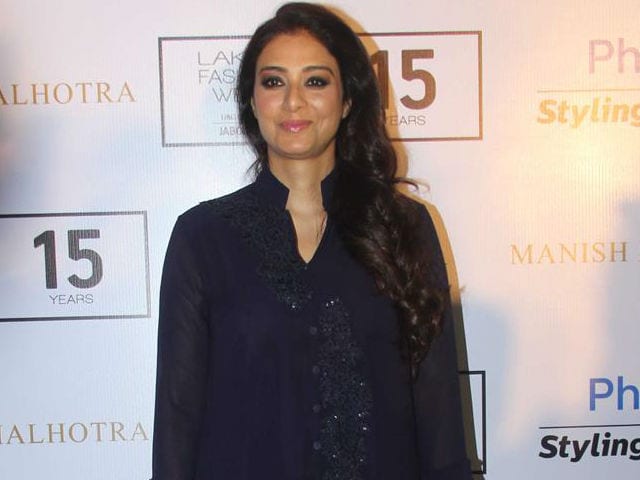 "The few names that we are talking to are Akshaye, Tabu, Prachi, but all that is yet to unfold. We haven't spoken to Urmila about the show, we don't know where that came from," said Abhinay Deo, who will direct the second season of 24 starring Anil Kapoor in the lead role

Actress Tabu is likely to be a part of the second season of actor Anil Kapoor's much awaited television show 24.
Director Abhinay Deo will soon be back with espionage drama 24. A lot of names are being speculated to feature in the show, including that of Tabu, Prachi Desai, Akshaye Khanna and Urmila Matondkar.
"The few names that we are talking to are Akshaye, Tabu, Prachi, but all that is yet to unfold. We haven't spoken to Urmila about the show, we don't know where that came from," Abhinay told PTI. (Also Read: 24 is a Life Changing Show, Says Anil Kapoor)
"She (Tabu) would be outstanding. She is my favourite actress. We tried to get her for season one but at that time there were other constraints. Let's see, there will be surprises (in casting)," he said.
Abhinay said the Chandni Bar actress has shown interest in the show 24.
Of Tabu's feedback, he said, "She would try to be part of the show. We are trying to work out different permutations and combinations between us. The doors are never closed, if not work this season then next season." (Also Read: 24 Season 2 Has Double the Adrenaline )
As Abhinay shoots at a stretch, he requires his actors to give him time accordingly. "We want good actors doing good roles and give their best performance. Casting is a huge exercise and my job is to make sure actors get good roles," he said.
"We need clean dates straight. We shoot at a stretch for 12 hours a day and we shoot for six days so that is like 200 days of shooting straight. So we need that kind of commitment from actors," the director said.