The Simpsons Renewed Through Historic Season 30 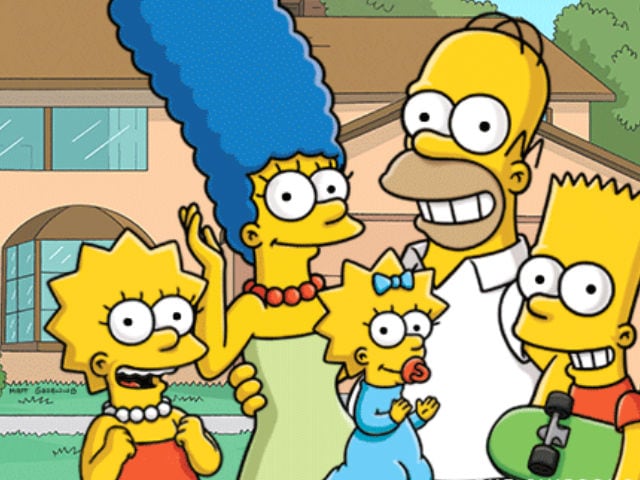 This image was posted on Facebook by The Simpsons

Hit animated comedy The Simpsons will return for two more seasons on US television network Fox - its 29th and 30th - and thereby will set a record as the primetime scripted series with the most episodes.
The chronicles of the life and adventures of the Simpson family, which is currently in its 28th season, broadcast its first episode in December 1989.
With season 30, The Simpsons will hit 669 episodes, breaking the record held by Western drama Gunsmoke with 635.
The show - which has won more than 30 Emmys - stars Homer, the father working for a nuclear power station, wife and voice of reason Marge, and children Bart, Lisa and Maggie.
In its early years, it regularly pulled in more than 15 million viewers with 33 million for its most-watched episode Bart Gets an F in 1990.
It is so popular that references to The Simpsons have become part of pop culture.
The show has long held the record for the most number of seasons for a scripted television show in the United States, passing Gunsmoke at 20, but declining audience figures had led to fears that it would not be renewed.
Over the years, The Simpsons has featured guest stars ranging from Michael Jackson and Ringo Starr to Lady Gaga, Dustin Hoffman and Stephen Hawking.
(This story has not been edited by NDTV staff and is auto-generated from a syndicated feed.)