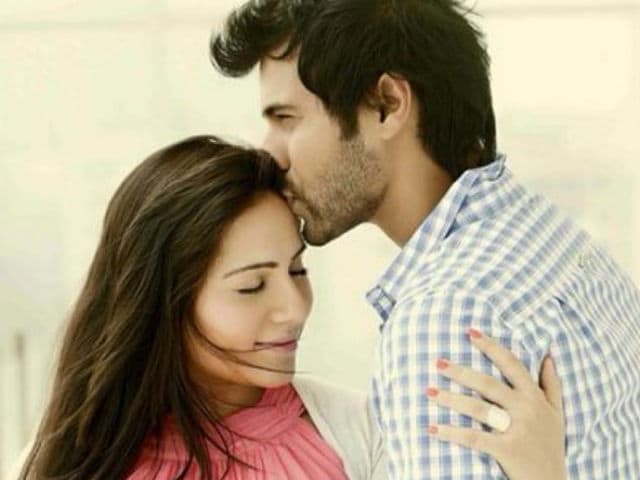 This image was posted on Instagram by Kanchi Kaul.

Kanchi and Shabbir have featured in several televisions and films. Shabbir, who is best known for his roles in television serials such as Kahiin to Hoga and Kayamath, has also featured in films like Shootout at Lokhandwala and Mission Istaanbul. Kanchi has featured television shows like Ek Ladki Anjaani Si

The stork is due to visit television actors Shabbir Ahluwalia and his wife Kanchi, as the actress is expecting her second child. The baby is due in February.
Kanchi, who looks adorable with a baby bump, shared several pictures on Instagram as she posed with Shabbir.
We simply love the glow on Kanchi's face:

Kanchi and Shabbir also posed for a picture with their friends: