"I have a lot of unrealised dreams. I would love to play Jane Bond. My ultimate leading man would be Leonardo DiCaprio. No doubt about it," said Emilia Clarke 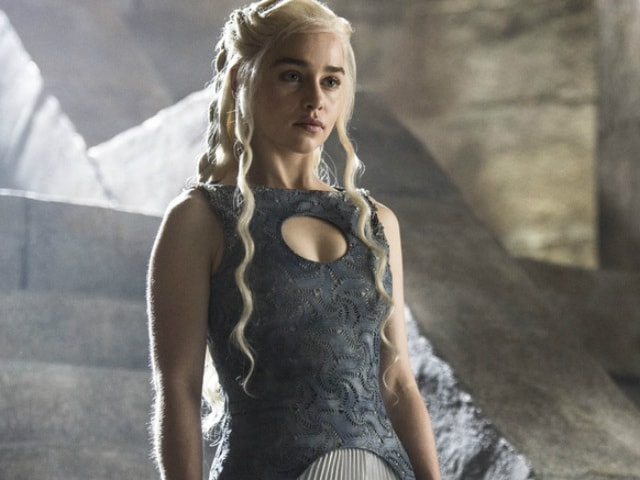 Emilia Clarke in a still from Game of Thrones.

Amid rumours that actor Tom Hiddleston is in talks to replace Daniel Craig as the next James Bond, Game of Thrones star Emilia Clarke has revealed that she wants to be the first female actress to portray the iconic British superspy.
The 29-year-old actress has revealed that one of her biggest professional ambitions is to break new ground by becoming the first woman to star as the iconic secret agent, reported dailystar.co.uk.
"I have a lot of unrealised dreams. I would love to play Jane Bond. My ultimate leading man would be Leonardo DiCaprio. No doubt about it," Ms Clarke said.
In an interview to Complex magazine, actress Priyanka Chopra said: "I get that all the time. But @*#% that, I wanna be Bond." Priyanka plays the role of main antagonist Victoria Leeds in her Hollywood debut Baywatch. Her role was originally written for a male actor.
The X-Files actress Gillian Anderson made headlines after suggesting that she could replace Mr Craig as 007 and be called Jane Bond. This is what she tweeted on May 21:


It's Bond. Jane Bond.
Thanks for all the votes! (And sorry, don't know who made poster but I love it!) #NextBondpic.twitter.com/f8GC4ZuFgL

Ms Clarke is currently promoting her first major leading role in director Thea Sharrock's Me Before You, which is an adaption of a romantic novel of the same name written by Jojo Moyes.