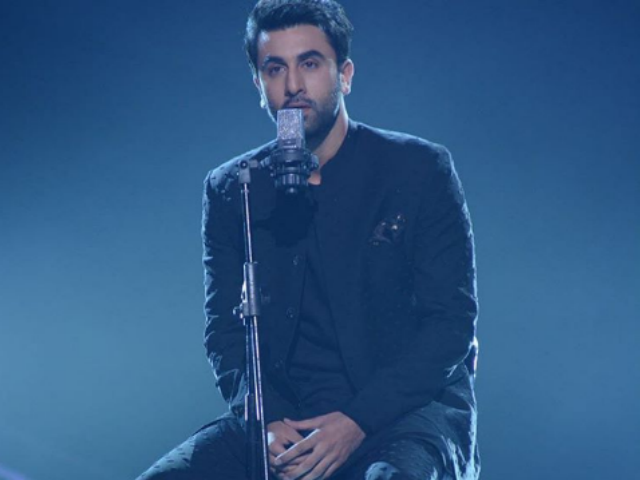 Actor Ranbir Kapoor appeared on talent show Jhalak Dikhhla Jaa 9 on Wednesday to promote his new film Ae Dil Hai Mushkil and what he did there is guaranteed to win the collective dil of his fanbase.
Ranbir's dil, no longer badtameez but still giving him trouble, forms the focal point of the title track from the film that was released first as a teaser and then in its entirety this week. On Jhalak, the 34-year-old actor recreated the visuals that begin the song - lip-syncing Arijit Singh's haunting vocals into a microphone. Ranbir's intensity is matched by Jhalak contestant Tushar Kalia's powerful dance routine. The video of the performance was shared on Instagram by Tushar.

Ranbir's co-stars Aishwarya Rai Bachchan and Anushka Sharma were absent from proceedings but the actor's passionate performance ensured they were not missed.
Director Karan Johar judges Jhalak and posted a picture of himself with co-judges Jacqueline Fernandez, Ganesh Hegde and Farah Khan, host Manish Paul and Ranbir Kapoor on Instagram.