The show, hilariously predicted a Trump presidency back in 2000 in the season 11 episode Bart to the Future 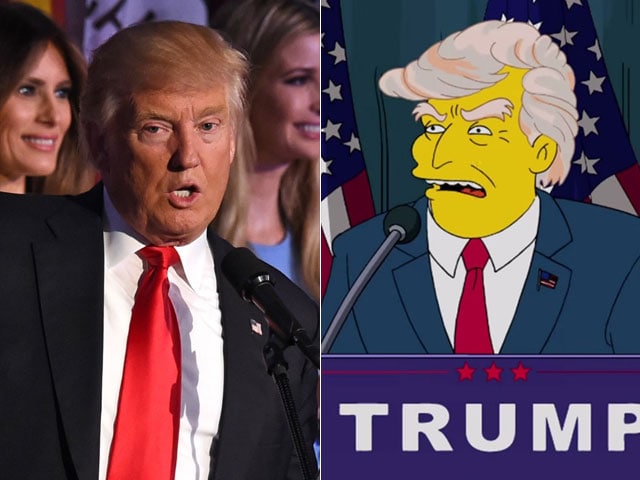 Image Courtesy: AFP (L), A still from The Simpsons (R)

Sixteen years before Donald Trump's win in the US elections,The Simpsons predicted that the billionaire businessman would become the president.
The show, hilariously predicted a Trump presidency back in 2000 in the season 11 episode Bart to the Future.
In the episode Lisa is pictured sitting in the Oval Office surrounded by advisers.
"We've inherited quite a budget crunch from President Trump," Lisa said.
The show also mocked Trump in an episode last year after he announced he was running for president.
In March, writer Dan Greaney said the 2000 episode was like a "warning for America".
In a stunning result, Donald Trump today beat politician Hillary Clinton in the knife-edge polls, defying the odds to become the 45th US President after starting off as a rank political outside
(This story has not been edited by NDTV staff and is auto-generated from a syndicated feed.)