Twinkle Khanna Should Get Her Own Show - Twitter's Verdict 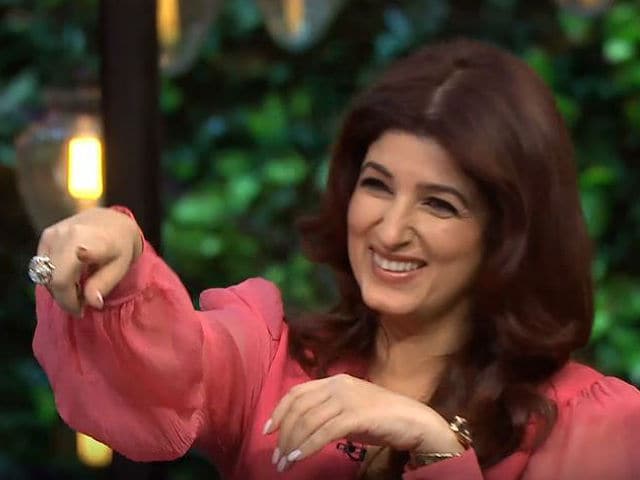 Twinkle Khanna in Koffee With Karan

Twinkle Khanna's super successful debut on Koffee With Karan this weekend had the Internet thinking - "What if Mrs FunnyBones had her own show?"
Now, Twinkle is the queen of funny. She's proved it time and again on Twitter and with her first book Mrs FunnyBones (which made her India's highest-selling female author of 2015) She sealed the matter once and for all on the latest episode of filmmaker Karan Johar's show. Koi shak?
Twitter thinks Twinkle deserves her own show. But what does Twinkle think? Internet, don't expect to see Tea With Twinkleany time soon:

Thank you for all the love may never do a talk show again-can't quite do the'Chasma Pehenle' bit as Mr K puts it-but was fun this once:)

Earlier, in a conversation with a fan, Twinkle said:

@mrsfunnybones You are just too stunning & astounding for words! You just have to have a show of your own NOW! @StarWorldIndia

Thank you but I may have a nervous breakdown if I have to do a show every week :)I don't know how my brilliant friend @karanjohar does it ! https://t.co/1WUmD2AXwz

Twinkle Khanna appeared on Koffee With Karan with her husband, actor Akshay Kumar, on the second episode of Season 5. She was, of course, her usual outspoken self. Akshay, who once confessed that he lives in fear of what his wife might or might not say in public, found his worst fears coming true. Before the show aired Twinkle told NDTV: "I have already called him (Karan) and begged him to delete three lines. So, I hope he does delete those three lines."
Well, Karan did delete two of those lines but the internet unanimously agreed that it was one the best episodes of the show (are you listening, Shah Rukh Khan?).
Mini Mathur congratulated Twinkle and Karan for the episode:


Hey @karanjohar !Loved this episode of #KWK with Akshay & the brill @mrsfunnybones ! Your most organic, candid interview across all seasons.


And this after you edited out two of my best lines @karanjohar :) https://t.co/3L7TyUveIg

Twinkle Khanna, actor-turned author, is out with her second book The Legend of Lakshmi Prasad.