Unstoppable Priyanka Chopra Makes It to The New York Post

Priyanka posted a video on Instagram of reading the day's edition of the Post on a crisp New York morning, and was praising the photographs and article in her usually sassy style 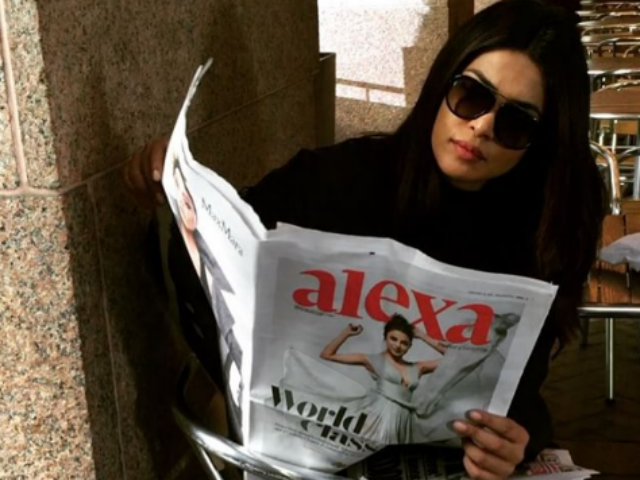 We can't keep up with Priyanka Chopra and her rapidly conquering the 'American Dream.'
The actress, who is currently shooting the second season of ABC drama Quantico in the Big Apple was recently making headlines for becoming 'Hollywood Royalty,' when she wasn't busy making news for her every other move. And now, she's made it to a full feature in the fashion section of The New York Post and is surely basking in the glory of the achievement.
Priyanka posted a video on Instagram of reading the day's edition of the Post on a crisp New York morning and was praising the photographs and article in her usually sassy style.
When asked what she was up to, she nonchalantly quipped: "Just reading the newspaper. The New York Post is a really awesome paper."


Just a regular morning reading the @nypost on set!! Thank you for the awesome article and pictures guys!

She was possibly on the sets of Quantico, as we spotted Alex Parrish's gun on her side. She also sported some cool shades.
The article in the supplement Alexa, which calls Priyanka the 'World Class Agent Provacateur' who has "conquered Hollywood," features the Baywatch actress in a photo-shoot and also quotes her on her childhood, family, Miss India and World wins, her Bollywood and upcoming Hollywood career, style quotient, Quantico and other television projects, music, and life between New York and Mumbai.
Meanwhile, Priyanka is currently awaiting the new season premiere of Quantico on September 25.