"You might have to ask that to the government. But I don't think anytime soon," said Vir Das 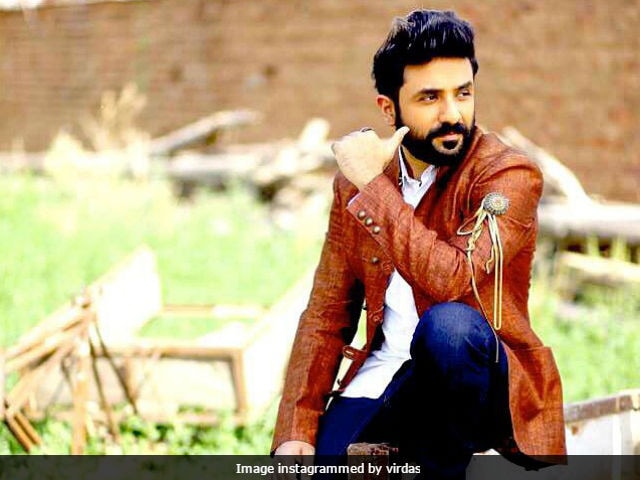 Comedian-actor Vir Das in an interview to news agency PTI said that comedians in India can't crack jokes on the government. "You might have to ask that to the government. But I don't think anytime soon. Could we do it digitally? Yes. Could you do it live with the government in the room? I think that's being too optimistic," PTI quoted Vir Das as saying. Last month, Muslim comedian Hasan Minhaj, who hosted the White House Correspondents' Association dinner in the US, had roasted everyone at the event including President Donald Trump. Speaking about the 31-year-old comedian, Vir Das told PTI that comedians shouldn't be referred to as 'new fourth estate.'
"Just let comedians be comedians. Don't call them fourth estate, intellectualisers or prophets. If you start putting these title and pressure on comedians they are bound to disappoint you at some point. Just let them be silly people who crack jokes," PTI quoted Vir Das as saying.
"Hasan slayed at the White House Correspondents dinner but next week if he wants to crack a joke about his family or dog, he should be able to do that. Let him be free to do that," he added.
Vir Das told PTI that people should stop reading too much into the jokes and give comedians the freedom to be silly.
"We have over-intellectualised jokes. We read it into jokes too much. What's the meaning, was it factually correct. The essence of a comedian is to be a clown. When you over intellectualise a joke, you take away the freedom to be foolish," PTI quoted Vir Das as saying.
He added: "Every joke can't communicate a larger issue. In a one hour show, there'll be jokes that do that, other jokes will be funny and some that are just silly. You should give a comedian the freedom to put out all those jokes."
Vir Das, who has appeared in films like Delhi Belly, Go Goa Gone and Badmaash Company, is now prepping for his Netflix project Abroad Understanding.Last month, Vir Das made his American TV debut on Late Night With Conan O'Brien to promote his show. His show Abroad Understanding is part of the Netflix Original Stand-Up Comedy Series.
Speaking about his show, Vir Das told PTI: "I don't self-censor my jokes. My Netflix special talks about racism, Islamophobia, Kashmir, patriotism, right and left wing. You just have to put it out there, not knowing how it is going to go. It's a gamble. You'll like it or you won't."
(With PTI inputs)