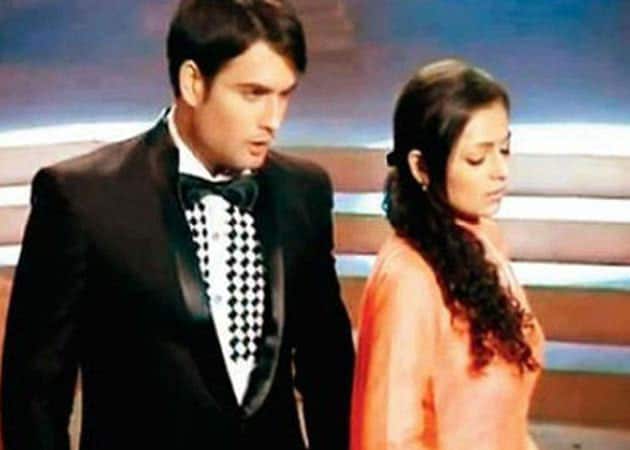 Vivian says he couldn?t convincingly play the role of a 50-year old person.

Popular TV actor Vivian D'Sena says his recently announced exit from the show Madhubala - Ek Ishq Ek Junoon came after a mutual decision, taken by him, the show's producers and the channel. Besides, he wasn't convinced about playing a grown-up girl's father following a time leap.

Popular TV actor Vivian D'Sena says his recently announced exit from the show Madhubala - Ek Ishq Ek Junoon came after a mutual decision, taken by him, the show's producers and the channel. Besides, he wasn't convinced about playing a grown-up girl's father following a time leap.
"It is the decision of the makers of the show. I think whatever they are doing is best for the show," Vivian told reporters at the show's press conference.
"Moreover, wherever I am today is just because of them. Obviously I am feeling bad that my fans won't be able to see me again in Madhubala... but I think it is good for the life of the show," he added.
Madhubala - Ek Ishq Ek Junoon, which went on air in 2012, features Drashti Dhami in the title role. Produced by Abhinav Shukla and Saurabh Tiwari, the show is reportedly set to take a leap forward, and post that, Drashti will return as the daughter of Madhubala and Rishabh Kundra.
Vivian has said that he would not have been convincing enough in the role of a father and thus, he decided to leave the show.
"It is also true that my fans would not expect me to play a father to a 25-year-old (in Madhubala) as I am 25 myself in real life," Vivian said.
"So, I think I wouldn't be convincing enough to play a father, which is why the mutual decision was taken between me, the producers and the channel," he added.
Vivian, who became a household name with the portrayal of a vampire in the TV show Pyaar Kii Ye Ek Kahaani, feels "R K's character has got into blood" and "it is very difficult to take it out of it and out of body".
The actor has even thanked the makers of the show for providing him the opportunity and for believing that he could fit the bill to play an arrogant superstar in the show.
"R K will always remain close to my heart because it has been one of the best characters for me and I always thank him (Abhinav Shukla) for this and the entire team of Madhubala... and Colors," Vivian, who has been part of other TV shows like Kasamh Se and Agnipareeksha Jeevan Ki - Gangaa, said.
"These guys thought that I fit the bill despite that fact that people came and told them that Vivian D'Sena is a wooden-faced actor, he would not suit the character and he would not be able to pull it off. But I think it was the fate and positivity in them that they believed in me and gave me a chance," he added.