Welcome to the Bigg Boss House. Inside Pics From Salman Khan's Show

One look at the pictures and you know that the lavish and swanky setting is just the right place for "making history", much like show host Salman Khan promised in the show's promo 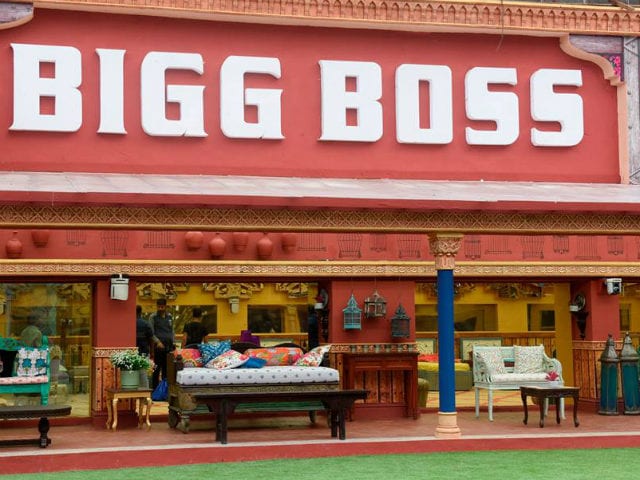 This image was posted on Facebook by Bigg Boss.

The countdown is on!
Bigg Boss 10 is merely hours away from its premiere and as we gear up for the masala-filled reality TV show to take off on Sunday evening, exclusive pictures of the house have been shared on social media.
One look at the pictures and you know that the lavish and swanky setting is the right place for "making history", just like show host Salman Khan promised in the promo. Designed by filmmaker Omung Kumar and his wife Vanita, the interiors of the house strike a perfect balance between vintage and contemporary with plenty of wall art, wooden furniture and peek-a-boo lighting.

In August, this is what Salman said from outer space:


Feel the fizz - Coming soon @BiggBoss with the #Sultan@BeingSalmanKhan#BB10@iamappyfizz@oppomobileindiapic.twitter.com/uoVsFrHrpN

In an interview with news agency IANS, Mr Kumar said: "The Bigg Boss house, this year, has an ethereal look. The design of the Bigg Boss house has been themed around a modern Indian palace. There is an element of Indian mystique to the decor with a lot of lanterns and earthy tones to bring a homely appeal to the set. The house is more colourful and vibrant this time with lots of paintings. There are many conspicuous changes in the Bigg Boss house."
On the other hand, a jail area has been constructed with special care for offenders of the Bigg Boss house. The filmmaker-designer told IANS: "The most prominent addition to the 'Bigg Boss' house, however, is the jail. Painted to depict a filthy appearance, the jail will be a dungeon of sorts for contestants who break the rules. There is a special Indian-style bathroom installed for the qaidis (prisoners), and an earthen pot along with aluminium plates and mugs to make the entire experience more real."
The Colors show also tweeted several videos for a detailed tour of the house with stand-up comedian Varun Thakur as guide and his hilarious commentary.


Enter the world of #BB10! A sneak peak into the house where celebs & aam aadmi will live together. @BeingSalmanKhanhttps://t.co/KiPxo23NXg

A place where the school is in session and the teacher is none other than @BeingSalmanKhan! #BB10https://t.co/O5qZQlocFx

If you want to sleep in peace you got to forget cameras exist! That's the only way to get a good night sleep. #BB10https://t.co/3BLWQBIQ2C

If you do the crime, you do the time. Nobody gets away with breaking the rules in the #BB10 house. @BeingSalmanKhanhttps://t.co/cRbRLKtfNz

The only place where you can actually relax because you know the cameras aren't watching you. #BB10@BeingSalmanKhanhttps://t.co/ONoqUTTexb

This is the first time that Bigg Boss will have contestants who are not celebrities competing with known faces in the industry. 13 names have been zeroed in so far, out of which only eight will make it to the show.
Here are the thirteen candidates who will be vying for a spot alongside celebrities:
Dev Devgan
Firoz Khan
Kajol Tyagi
Lokesh Kumari Sharma
Mandira Chauhan
Manoj Punjabi
Manveer Gurjar
Naveen Prakash
Nikhil Mehta
Nitibha Kaul
Pramod Dahiya
Priyanka Jagga
Ruchika Singh
Prince Narula was the winner of Bigg Boss 9 which ran from October 11 to January 23. Salman Khan, 50, will host the show for the fifth time this year. Deepika Padukone will co-host the first episode with Salman.