What Priyanka Chopra, Usher Announced on The Today Show

Priyanka Chopra, along with Usher and Hugh Evans will be hosting the Global Citizen Festival, a charity music festival held annually. They were on the show to announce details about the festival 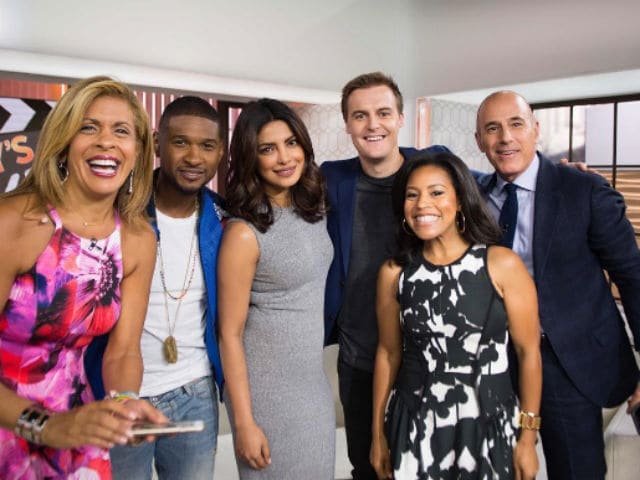 On Tuesday evening, actress Priyanka Chopra promised that she would be making a 'very special announcement' on The Today Show, along with singer Usher and humanitarian Hugh Evans, and here's the surprise.
Priyanka, Usher, Hugh Evans, Hollywood actors Hugh Jackman and wife Deborra-Lee, and Salma Hayek, TV hosts Chelsea Handler, Neil Patrick Harris and Seth Meyers will be hosting the Global Citizen Festival, a charity music festival held annually.
Priyanka, Usher and Hugh Evans were on The Today Show to announce the festival line-up.
A selfie to seal the deal.

Priyanka, 34, dressed in grey, also shared a picture with Usher.


It was so fun "ushering" in the day with you @usher! Lol! Super proud to be hosting #GlobalCitizen with you and so many others. Join the revolution. #GCFestival

The Global Citizen Festival will be held on September 24 in New York. Musicians including Kendrick Lamar, Rihanna, Selena Gomez, Ellie Goulding and Metallica, apart from Usher, will be performing at the festival this year.