Why Kishwer Merchant's Wedding Ring Is Upsetting Her

Kishwer Merchant and Suyyash Rai married on December 16. Tweets from an unverified account claim the diamonds in Kishwer's wedding ring have fallen off twice 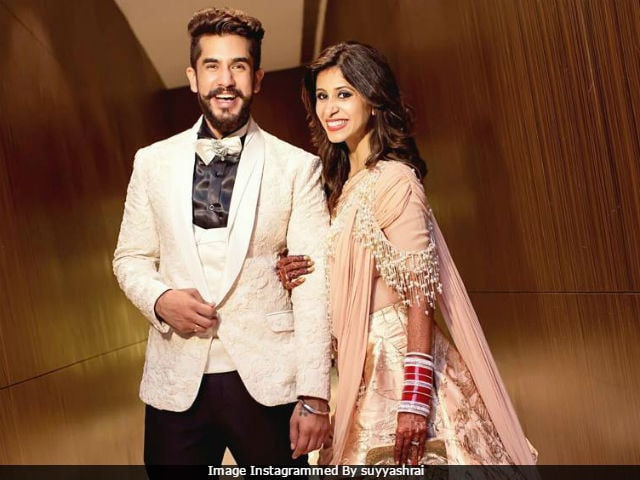 Television couple Kishwer Merchant and Suyyash Rai put a ring on it last month but said ring appears to be giving them some trouble. Tweets from an unverified account purporting to be Kishwer's claim that diamonds from the actress' wedding ring have fallen off since she married Suyyash on December 16. Kishwer, 35, wrote: "Within a month of my marriage the diamond fell off twice." The tweets also allege poor service on the part of the jewellery store. There is no mention of any of this on Kishwer Merchant's Instagram account, which is verified. Diamonds may not always be a girl's best friend. Kishwer and Suyyash documented their sangeet, mehendi and wedding on social media last month and they also have a web series online. These are tweets posted from an unverified account last week:


#kiah the worst jewellery store ever .. pls do not buy jewellery from here .. the quality and the service is horrible.. no sentimental value

#kiah within a mnth of my marriage the diamond fell off twice.. they took bk the ring for 10 days..&they dnt care.. do not shop at kiah

Before that, Kishwer posted a picture of what appears to be the ring, looking intact:


we hit a six #sukish

Kishwer Merchant, 35, married Suyyash Rai, 27, after a courtship of some six years. The couple first met on the sets of Pyaar Kii Yeh Kahaani and then together appeared on the reality show Bigg Boss 9.
Ahead of their marriage, Kishwer was trolled for marrying a younger man. She was apparently referred to as 'aunty' by a troll on Instagram, prompting a powerful defence from Suyyash who wrote: "How can you? If you can't write good, don't. But at least don't write bad."
Kishwer Merchant is best known for her work in Ek Hasina Thi and Itna Karo Na Mujhe Pyar. She is currently features in Brahmarakshas and Suyyash Rai is prepping for his music album's release. He was also seen in Brahmarakshas recently as a cop.