Mohsin Khan accepted his relationship with Ye Rishta Kya Kehlata Hai co-star Shivangi Joshi. He reportedly said, "Our friendship graduated to love only recently; it's just been a month-and-a-half" 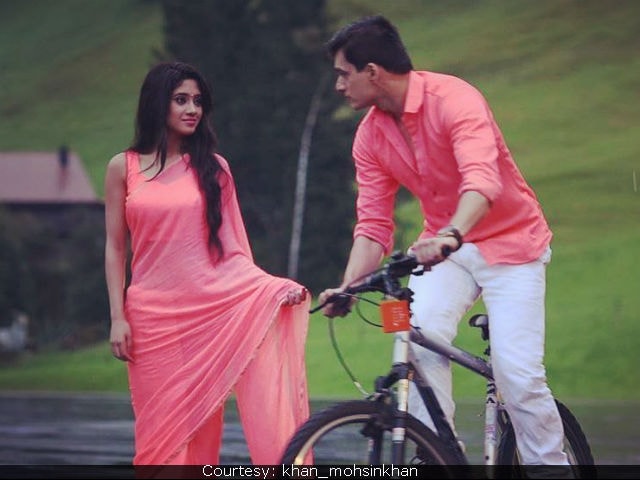 Television actor Mohsin Khan of Ye Rishta Kya Kehlata Haiconfirmed that he is dating his co-star Shivangi Joshi, reported TOI. Mohsin aka Karthik said that their friendship recently "graduated to love." He told TOI, "Several theories have been doing the rounds, including our link-up, but we didn't allow it to affect our friendship or work. In fact, there was nothing to talk about initially, since we were just friends. Our friendship graduated to love only recently; it's just been a month-and-a-half." Shivangi and Mohsin play the lead couple Naira and Kartik in the show.
Mohsin further added that the couple hasn't yet been on a date and Shivangi's "innocence" made him fall for her. He told TOI, "We rang in the New Year with my family. Funnily, we haven't gone out on an official date yet, owing to our erratic schedule." He added, "We are still exploring each other. It has been a long friendship and a beautiful journey, which has now blossomed into love."
Check out these pictures of Shivangi and Mohsin:

An #epic #tribute to The Greatest film ever made !! #inlovewithswitzerland #ddlj to #yrkkh