Phillauri Preview: The trailer and teasers of the film reveal that before Shashi became a ghost, she was engaged to a sufi singer from the rural lands of Punjab - a character played by Diljit Dosanjh 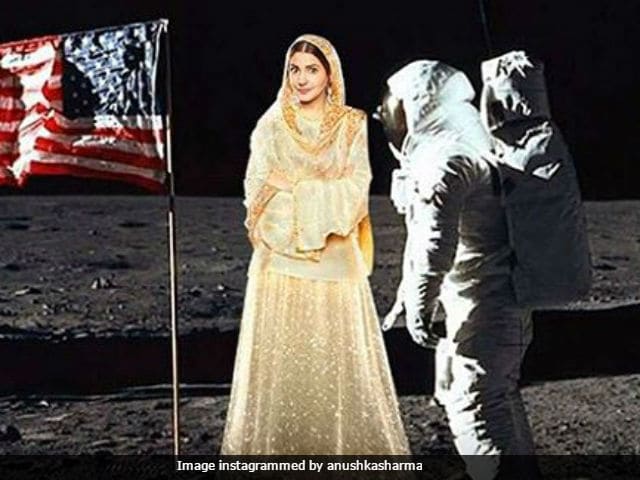 Anushka Sharma is all set to play the role of a... umm... a ghost in her much talked-about film Phillauri, which is scheduled for tomorrow. Phillauri stars Anushka as ghost bride Shashi, who accidentally gets married to an NRI played by Life Of Pi actor Suraj Sharma. The trailer and teasers of the film reveal that before Shashi became a ghost, she was engaged to a sufi singer from the rural lands of Punjab - a character played by Diljit Dosanjh. Anushka Sharma's Phillauri appears to have a melancholy undercurrent with the film shuttling between snippets portraying Shashi's equation with her accidental husband and Shashi's days of romance with her fiance.
IRL, Anushka is more popularly known as Shashi these days, for which one can only blame her Instagram posts. Shashi, a friendly ghost, is clearly an explorer at heart and has revealed some of the several locations she has visited so far on Anushka's social media. Anushka also roped in Shah Rukh Khan, her co-star of films like Rab Ne Bana Di Jodi and Jab Tak Hai Jaan, for some promotional duty with Shashi visiting him at his Mumbai residence.

Meanwhile, here's the list of places Shashi was present at but nobody got to know.

On Wednesday, Team Phillauri hosted a special screening of the film in Mumbai, which was attended by Anushka's colleagues like Shah Rukh, Alia Bhatt, Sidharth Malhotra, Sonakshi Sinha and Kriti Sanon. Phillauri, especially the character Shashi, was unanimously loved by those who were at the special screening. Shah Rukh wrote on Twitter: "Phillauri, the attempt at doing what you believe in" while Alia said: "Phillauri is such a lovely unique film! With such honest performances from the whole cast!"
Phillauri is Anushka Sharma's second project as a director after NH10 and is Anshal Lal's first film as a director. Phillauri has extensively been shot in rural Punjab.