For Shraddha Kapoor, this is going to be one of the most challenging roles of her career 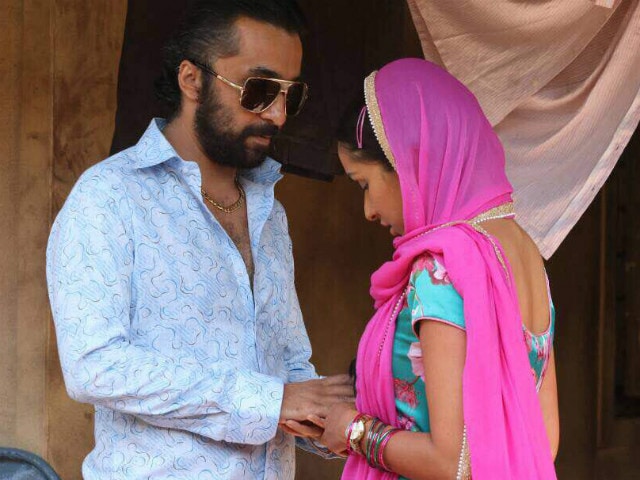 Haseena: Shraddha and Siddhanth Kapoor in a still from the film

Actor Shakti Kapoor's son and daughter, Siddhanth Kapoor and Shraddha Kapoor, will be seen together in the upcoming biopic based on underworld don Dawood Ibrahim's sister Haseena Parkar. The film is titled Haseena - The Queen of Mumbai, in which Shraddha plays the title role. Siddhant, who is looking a lot like the fugitive gangster in the movie stills that have been circulated by the producers recently, said that he had never imagined himself playing Dawood Ibrahim. This is the first photo of them together from the film and the resemblance to Dawood and Haseena is uncanny.
For Shraddha Kapoor, this is going to be one of the most challenging roles of her career. Before Shraddha agreed to take this up, Sonakshi Sinha was supposed to play the lead role but she chose to drop out of the controversial film.
The film will follow Haseena Parkar's life from her youth till she is 40. "Haseena's journey starts from when she is 17-year-old to 40, so Shraddha fit into the role perfectly and she was keen to do something different and the opportunity for both (brother and sister) to work together does not come as often," director Apoorva Lakhia told PTI.
This is not the first portrayal of Dawood Ibrahim on the silver screen - before this Rishi Kapoor played Dawood in Nikhil Advani's D-Day and Akshay Kumar played a similar role in Milan Luthria's Once Upon a Time in Mumbai Dobaara.
Haseena - The Queen of Mumbai is scheduled to release later this year.