Rani, who has famously co-starred with Amitabh Bachchan in Sanjay Leela Bhansali's Black, could not resist a bear-hug at the sight of her former co-star 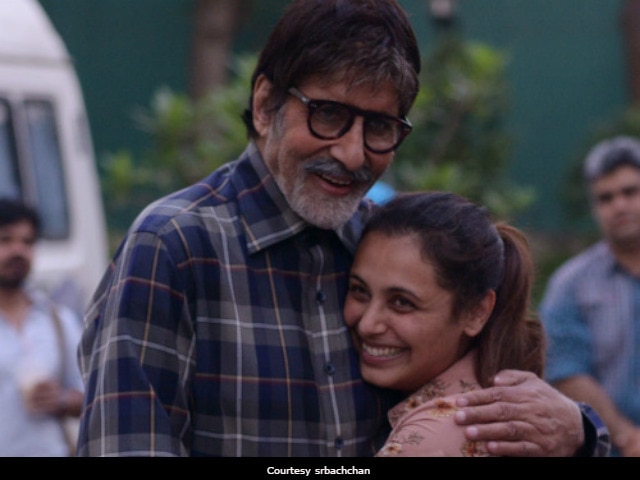 Big B and Rani in Mumbai (courtesy: srbachchan)

A chance meeting has its own charms. Amitabh Bachchan and Rani Mukerji could not have been happier as they bumped into each other last week. The 74-year-old actor was shooting with director Imtiaz Ali for an advertisement in a Mumbai studio when he glanced upon Rani and there was an epic hug. Rani, who has famously co-starred with Amitabh Bachchan in Sanjay Leela Bhansali's Black, could not resist a bear-hug at the sight of her former co-star. This resulted in a potentially-viral photograph, shared by the veteran actor on his blog. "And while I go through the myriad expression changes I bump into the 'malkin' of YRF, the Rani, who I meet after ages, after marriage and child anyway," wrote Big B. Rani Mukerji married Yash Raj Films' boss Aditya Chopra in April 2014 and the two are parents to one-year-old daughter Adira.
This photo is guaranteed to give you a warm, fuzzy feeling. 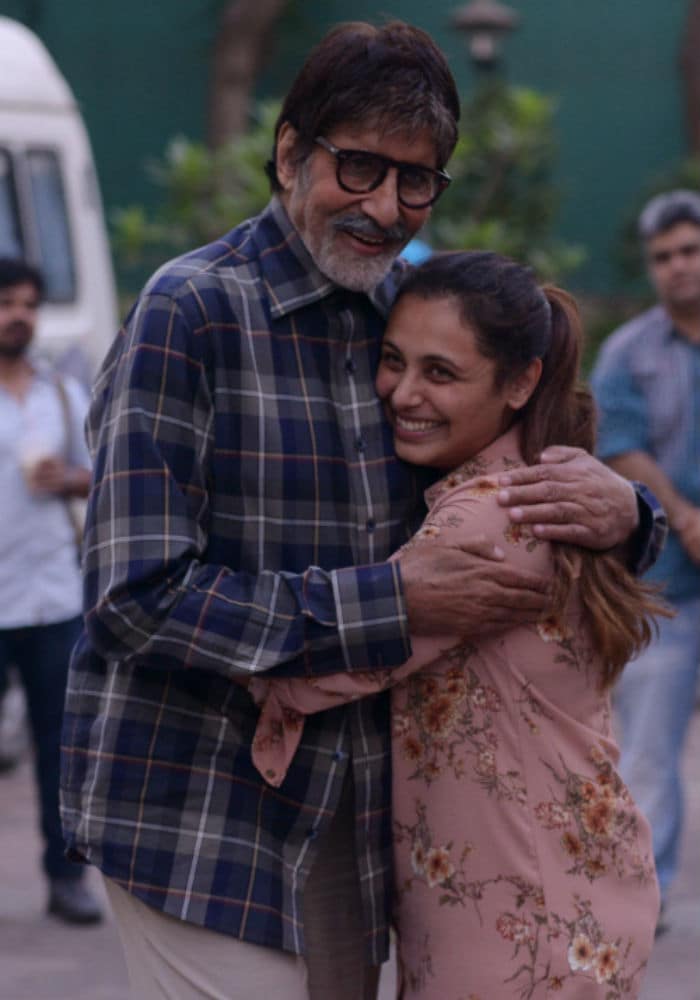 Apart from the highlight of the day, Big B also shared photos of his 'new look', which were mistaken to be from Thugs Of Hindostan but were actually from the same ad he was shooting. Many were quite excited with the pictures of yesterday and my roots and of course much like many others thought that the look was for Thugs. It be for ad that I worked on yesterday with the affable Imtiaz Ali," he wrote on his blog.
These are the pictures Big B was referring to:

Rani Mukerji, 39, has worked with both Amitabh Bachchan and his son Abhishek in Bunty Aur Bubly and Kabhi Kabhi Alvida Naa Kehna. Her last project with Big B is 2006's Baabul. She has currently begun shooting for her comeback film Hitchki while Big B will next be seen in Sarkar 3.