Kung Fu Yoga: The film features Jackie Chan as a professor of archaeology in search of a lost treasure with another archeologist played by Disha Patani 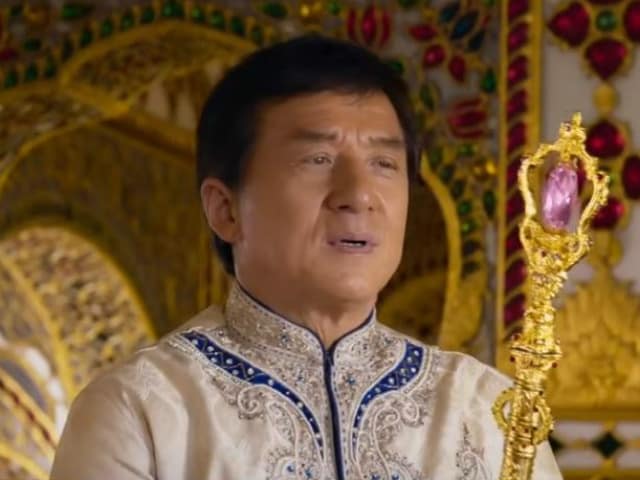 Kung Fu Yoga: Jackie Chan in a still from the film

Jackie Chan's much-talked about film Kung Fu Yoga releases today. The Indo-Sino project also stars actors Sonu Sood, Disha Patani and Amyra Dastur in key roles. Perhaps what Jackie Chan fans in India are looking forward are - the Hong Kong cinema's Bollywood-style dance steps. Jackie Chan has been choreographed by Farah Khan for the first time. Directed by Stanley Tong, Kung Fu Yoga has been extensively shot in Jaipur and Iceland. Kung Fu Yoga features Jackie Chan as a professor of archaeology who is on an expedition to discover the Magadha treasure in Tibet with help from Disha Patani and Amyra Dastur's characters.
Sonu Sood stars as antagonist opposite Jackie Chan and the duo have quite a few martial arts sequences together. Of filming the MMA sequences with the action star, Sonu told news agency IANS: "It's not like our dishoom-dishoom. So, when you're fighting with Jackie you have to remember two things - One, that he's Jackie Chan and two that if he hits you back you are going to have a tough time."
Amyra Dastur was also impressed by her Chinese co-star and said: "He's like a child on the set. No one can say that he's 62 years old. He's like a ball of energy. It was difficult for us to keep up with him. Sonu used to say that we really need to push ourselves and make our country proud."
Kung Fu Yoga released in China last week and the Stanley Tong-directed film received one of the biggest openings in China till date.
Hollywood has movies like The Great Wall and Resident Evil: The Final Chapter to offer. The regional section will be represented by Malyalam film Fukri, Telugu film Nenu Local and Marathi movie Baghtos Kay Mujra Kar.
(With IANS inputs)