Kumum Bhagya, December 6: Dr Shobha went missing from her chamber and Purab, who was helping Abhi with the clues, suspected that antagonist duo Aliya and Tanu are behind it 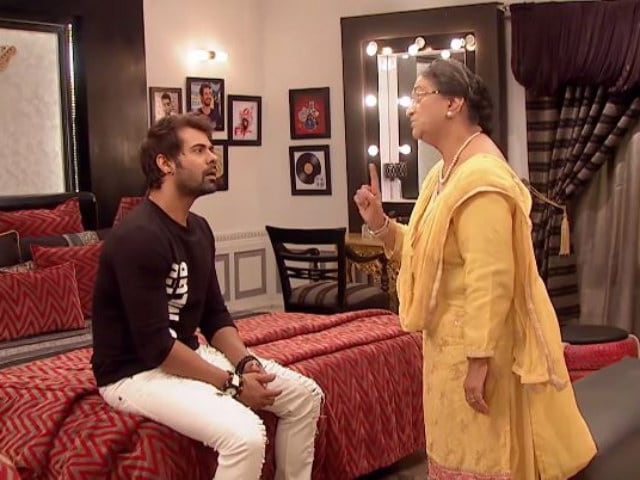 Kumum Bhagya, December 6: A still from the episode

The Kumkum Bhagya episode on December 6 kicked off on a very exciting note. Abhishek almost had an encounter with Dr Shobha, who prepared fake reports for Pragya's pregnancy. In a sudden turn of events, Dr Shobha went missing from her chamber and Purab, who was helping Abhi with the clues, suspected that antagonist duo Aliya and Tanu are behind it. Purab repeatedly enquired to find out the actual reason behind Dr Shobha's disappearance but Tanu having being involved while Tanu tried to intimidate him. Later in the show, Tanu and Aliya discussed that Dr Shobha is back to her hometown till the time the case is resolved.
At another time, Pragya appeared rather upset with the way the entire incident turned out to be. Pragya blamed Aliya and Tanu for driving the doctor away and was disheartened as Abhi could not get to the truth of the matter. Nani convinced Pragya that truth will definitely find its way. Meanwhile, Pragya's mother Sarla tried to pacify her by saying that Abhi's efforts are proof that he considers Pragya as more than a friend. Sarla asked Pragya hto be patient because this time Tanu, Abhi's fiancee and Aliya, Abhi's sister are up against Abhi. So, they are most likely to have a stiff competition.
A change of scene later, Tanu said that she is relieved that the doctor ran away. Aliya said that had an encounter between Abhi and the doctor happened, Tanu and Alia would have been thrown out of the Mehra house. Aliya lost her temper and decided to hit Pragya back with a greater blow.
In the sneak peek of the next episode, Abhi requests Pragya to help her shop for his upcoming wedding. An upset Pragya refuses to accompany Abhi, who is not in a mood to take no for an answer and insists Pragya to do her job as his secretary.