Parineeti Chopra, who is currently awaiting the release of Meri Pyaari Bindu, opposite Ayushmann Khurranna, said that she is a fan of dance reality show Nach Baliye 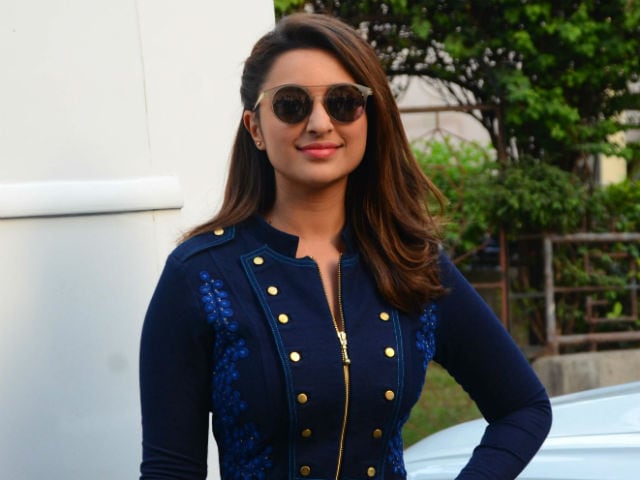 Actress Parineeti Chopra, who is currently awaiting the release of Meri Pyaari Bindu, opposite Ayushmann Khurranna, said that she has been a fan of couple dance reality show Nach Baliye, reports news agency IANS. Parineeti and Ayushmann recently visited the sets of Nach Baliye 8 for the promotions of Meri Pyaari Bindu. "I have been a fan of Nach Baliye since childhood. I'm thrilled to see all the beautiful couples perform so well. And it is much appreciated that they manage their work along with rehearsals. They are all so talented," Parineeti told IANS. Nach Baliye 8 is judged by actress Sonakshi Sinha, choreographer Terence Lewis and filmmaker Mohit Suri.
In Meri Pyaari Bindu, Parineeti, 28, features as an aspiring singer, who dreams of becoming a rockstar one day while Ayushmann, 32, plays a writer. The film, set in Bengal, tracks Bindu (Parineeti) and Abhimanyu's (Ayushmann) love story. Meri Pyaari Bindu songs have topped the chartbusters.
Of her role in the film, Parineeti earlier told IANS, "She is a mad girl who just wants to be a rockstar and nothing else. Such a special role for me."
Parineeti and Ayushmann's episode on Nach Baliye 8 will be aired on Sunday. Last week, Shraddha Kapoor and Arjun Kapoor promoted their film Half Girlfriend on Nach Baliye 8.
The trailer of Meri Pyaari Bindu was released through five different chapters. Bengali actors Aparajita Auddy and Rajatava Dutta also star in the film.
Directed by debutant Akshay Roy, Meri Pyaari Bindu releases on May 12.
(With IANS inputs)