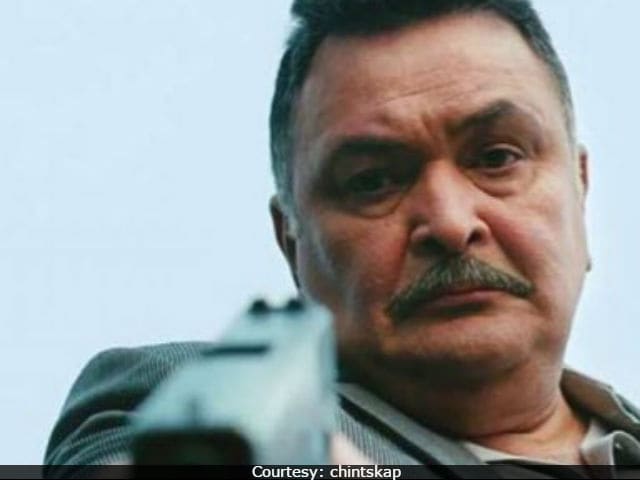 Last month, Rishi Kapoor changed his Twitter bio to read: "Don't you dare try trollers and abusers! You will be abused and BLOCKED - your loss if you following me. Don't like me, unfollow me. Signed - Terrorist of the family" (sic). The message was plainly lost on some (the 62-year-old actor has now changed his bio back to the original - about being "the son of a famous father, father of a famous son") because a tweet about Pakistan posted by Mr Kapoor on Monday was met with angry responses. As promised, Mr Kapoor returned fire. Rishi Kapoor, who often posts provocative tweets, wrote that "Pakistan just wants hatred" on Monday evening, after Pakistan sentenced Kulbhushan Jadhav, an Indian accused of spying, to death. In reply, an incensed Pakistani woman branded him "f*****g ignorant," prompting an acrimonious exchange with the actor.

Mind your language young lady! Surely your parents did not teach you to speak to elders this way? https://t.co/btm5Kn8fQj

I was talking about your language not morality. Perhaps that's the way you address elders there https://t.co/augGKGwTfK

A second woman who posted an abusive message to Rishi Kapoor was described by him as "Another well educated girl." He then complained about those who "make tweets unavailable when exposed" - he probably can't see the offending tweets now because he's blocked what he calls 'trollers and abusers.'


These girls abuse and when exposed they make their tweets unavailable. Such is their conviction lol

A third user who tweeted to him saying "There are some people like you and me on both sides who want peace and, inshallah, we will get one day" received an approving response from the actor:


Atta girl!This should be the spirit! An eye for an eye will only make the world blind! Build bridges,not walls! https://t.co/TShXRuMxcC

Rishi Kapoor's original tweet was likely referring to one he posted last week asking that Pakistani cricketers be allowed to play in the ongoing Indian Premier League tournament.
Mr Kapoor has been criticized in the past for posting abusive tweets to women.

Rishi Kapoor, star of films such as Bobby, Rafoo Chakkar, Amar Akbar Anthony and Chandni, was last seen in 2016 hit Kapoor And Sons. He also released his autobiography, titled Khullam Khulla, last year, in which he wrote about his father Raj Kapoor's affair with Nargis, his frequent co-star Amitabh Bachchan and meeting underworld figure Dawood Ibrahim.