Karrle Tu Bhi Mohabbat: Sakshi Tanwar Is 'Happy' To Do One Thing At A Time

Sakshi Tanwar, who now features in the web series Karrle Tu Bhi Mohabbat, says, "I could never handle more than one thing at one time" 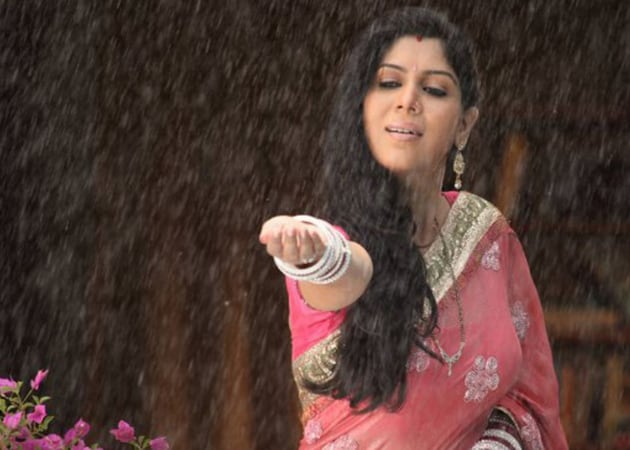 Sakshi Tanwar in a still from Bade Achche Lagte Hain

Television actress Sakshi Tanwar's latest web series Karrle Tu Bhi Mohabbat was recently launched. The actress has reunited with her Bade Achche Lagte Hain co-star Ram Kapoor for the web series. Sakshi, who has spent more than 15 years in the industry, has experimented with various kinds of role. From being a popular television star to now a film actress, Sakshi says that the she can do only one thing at one point of time, reports news agency IANS. "I could never handle more than one thing at one time. I give whatever I can to one project as I can't run from one set to another or pack in more than I can handle. So, in between the shows, I take long breaks."
Sakshi, 44, featured as Aamir Khan's wife in Dangal. The film was a huge success at the box office and Sakshi's role was hugely appreciated. "There are offers, but those can wait. If they are meant for me, they will wait for me. If they are not meant for me, no matter how hard I try they are not going to come my way. There is no point stressing about work, I feel. Work is something you should enjoy," she told IANS.
Sakshi became a household name after featuring as Parvati in one of Ekta Kapoor's top-rated show Kahaani Ghar Ghar Kii. About three years later, she featured in Bade Achche Lagte Hain. "When Kahaani Ghar Ghar Kii got over, I was at home for three years and spent my time travelling. After Bade Achche Lagte Hain also, I was like... I like this pace. For me, my work is part of my life, it's not my life," she quipped.
Karrle Tu Bhi Mohabbat, which is aired on Ekta Kapoor's digital app ALTBalaji and YouTube, is already a hit. Sakshi and Ram's Jodi is being loved by the audience too. "An actor reaches a stage where he has the freedom to choose work irrespective of the medium. And that is what we are enjoying right now because we have given so many years to our profession and it's the most satisfying phase where you can choose what you want to do," she told IANS.
(With IANS inputs)