Varun Dhawan tweeted, "Power of Tamma Tamma Again. This song had to be passed on to the next generation" 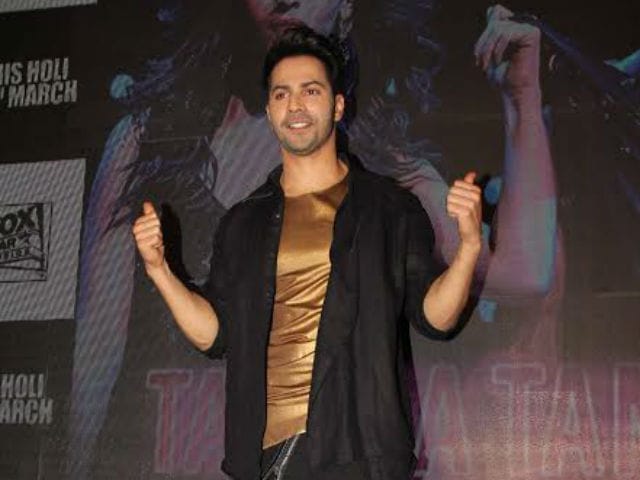 Varun Dhawan at the launch of Tamma Tamma Again

Actor Varun Dhawan, who grooves to the revived Nineties chartbuster Tamma tamma Loge in his upcoming film Badrinath Ki Dulhania, tweeted that the track had to be passed to the next generation. Varun, 29 and Alia Bhatt, 23, will dance to the hit track from 1990 film Thanedaar which was originally picturized on Madhuri Dixit and Sanjay Dutt."Power of Tamma Tamma Again. This song had to be passed on to the next generation. Good morning," Varun tweeted on Sunday. Tamma Tamma Again was unveiled on Friday. The original song, composed by Bappi Lahiri has been recreated by Tanishk Bagchi and the rap courtesy goes to Badshah while the vocals are dubbed by Ameen Sayani.
Here's Varun Dhawan's tweet:


Power of #tammatammaagain. This song had to be passed on to the next generation.Good morning https://t.co/UWqp5jrxiWpic.twitter.com/M4oTzKH5I9

Ahead of the song's release, Madhuri Dixit tutored Alia and Varun to get the hook step right. Later, through a video Sanjay Dutt said that Varun and Alia are "magic" in the new version.

The one and only @duttsanjay is all heart!Felt so lovely to show him the song and see his reaction! Love him!! #TammaTammaAgain@Varun_dvnpic.twitter.com/YUZ1jY9TEf

Badrinath Ki Dulhania is a sequel to Alia and Varun's 2014 film Humpty Sharma Ki Dulhania. The film is directed by Shashank Khaitan and produced by Karan Johar's Dharma Productions. The film also stars Gauhar Khan, Shweta Prasad Basu and Mohit Marwah.
This is the third time Alia and Varun will be seen together. The actors made their debut with in Karan Johar's 2012 film Student Of The Year, co-starring Sidharth Malhotra. Badrinath Ki Dulhania hits the screens on March 10.